nixsnay on the fake ice cream!!

Hard working writer-reviewer kitty FOUTCHIE, loves to take a break from all the work and chow down to a drumstick. She also loves strawberry ice cream, enjoys getting the berries!

Only, she is on strike. I have been in a mood for sherbet - Lime and Pineapple. She is not amuzed. She gets her tongue going and then gets close enough to smell, and has to stop in mid lap! This is FAKE ice cream and she is getting bloody well tired of me tormenting her in this fashion.

It could possibly be on par with shooting undead monkeys!

At least, she thinks so! 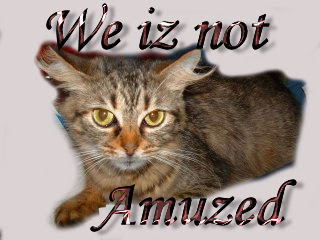 Posted by Deborah Macgillivray at 7:58 AM No comments:

Does shooting an undead monkey constitute an act of cruelty? 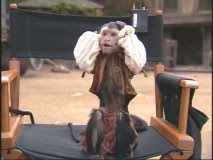 Mwahahaha... In Pirates of Caribbean 2, Capt. Jack shoots the undead money. Now, I wonder. Will this precipitate poor undead monkeys to have a new fear from piratehood in general? How about little children exposed to this random act of violence? Might they not try this at home with their undead monkeys?? 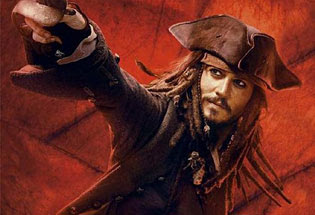 
This is what happens when you have edits!

Posted by Deborah Macgillivray at 6:24 AM No comments:

Wine bad for cats? Depends on how the owners behave after having imbibed it! Surely you don't mean to give your cat alcohol? Cats' livers are very poor at detoxifying chemicals as they are obligate carnivores and so have not evolved to cope with the array of chemicals that plants contain.

----
I am so glad I asked!
Fortunately for me, I write about Alien cat-like creatures (the black, saber-toothed Tigers of Tigron) and they are not the apex predator. Maybe I can find an evolutionary loophole.

I suppose it would be plausible for animals on an Earth-like moon of a gas giant to evolve differently, especially if the world had large arid areas. Perhaps they have to get their water by chewing succulents, like cactii.

Would that work, Josh?

I've seen dogs and cats chew on, and swallow grass, so I'm sure the behavior could evolve under the right conditions.

You'll say, perhaps, that the blood of their prey ought to provide all the liquid a predator needs. I wonder how I get around that one. Is blood salty? Might too much of it interfere with a creature's sanity?

Another possible loophole would be your comment about "the array of chemicals".

What chemicals are in plants? Are all the problematic chemicals in plants natural, or are some of them the result of farming methods? Or of mankind's pollution?

Animals are better at understanding... 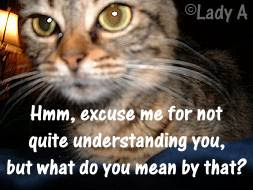 Animals are better at understanding people...

A generality, yes, but very often generalities are spot on.
But think on it. An animal gives you devotion, true devotion and trust. People don't display this open acceptance. I know Josh will cringe, but I do a lot of vet style work. Force to. Often when you are far away from things, it's hard to get vet to give a herd of cats shots, hard to get one to come treat a horse when it's sick. Poke one of my cats with a needle, he will fuss and fight, but never takes it personally. Kitty's love doesn't change. Without words to justify my actions, she has an understanding of me that I won't do anything to hurt her. So if I poke her with a needle, she may not like it, but she comprehends I'm doing it for a reason. Two minutes after, she is back to loving me, all forgiven.

I'm sure if I poked my husband with a needle, he would not be anywhere so understanding. 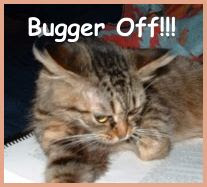 Posted by Deborah Macgillivray at 10:20 PM No comments:

As an author of speculative romance, I make up animals as part of my world-building, but that doesn't relieve me of the obligation to be plausible, and also to be responsible.

If I create an apex predator, he has to be constructed like a predator. His eyes should probably face forward, unless there is a very good evolutionary reason (such as convergence -- where he evolves to look like his prey in order to mingle better and pick off prey without having to chase it, or spoil its flavor by frightening it.)

Here are some questions I'd like to ask a vet.

1. I know chocolate is bad for dogs. Is wine bad for big cats?

2. If chocolate is bad for dogs, should it be bad for werewolves?

3. I've read that dogs have a knob that acts as a sort of anchor once mating is underway. What would happen if a knobbly mating was forcibly interrupted?

4. Is it true that cats have "barbs" on theirs?

5. Do wasps (yellow jackets) really get drunk on rotten fruit? And if they do, is it because they like getting drunk? Or is it accidental?

6. Is there still animal cruelty involved in movie-making these days? 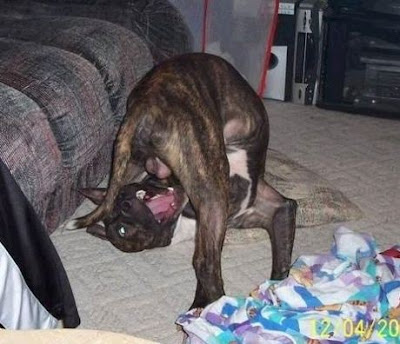 The camera often lies. What are we seeing here? And why is it interesting?

For instance, looking at this astonishing picture, my first thought is not to ask myself whether the photographer put the doggy equivalent of Spanish fly on the dog's belly. Or hamburger.

To be honest, when I looked at this photo, I laughed to think of the shock he seems to be about to inflict upon himself. How nasty of me! Why do I think that is funny?

Would I find it equally funny if the contortionist in question was not a dog but a man? (Not as much! I wouldn't believe that he was going to follow through). Suppose it was a tom cat? Do I like cats better than dogs? Having read excerpts from Josh's clever and amusing book PET HATES, I'm not sure I want to admit to any animal preferences.

Dogs --and cats-- chase their tails for fun, don't they? They even catch their tails. Why do they do that? Doesn't it hurt when the triumphant jaws snap shut on a tail?

In real life and in art (or in our literary endeavours) do we all do the equivalent of chasing our tails? Do we repeatedly set out to bite ourselves in the butt (metaphorically speaking) even after we've done it once, and ought to have learned not to make the same painful mistake again?
Posted by Rowena Cherry at 7:06 AM 1 comment:

The archetypical shapeshifter was Zeus. Right? He was king of the gods, his wife was rightly jealous. He loved to swing, but was too glorious for an ordinary mortal woman to look upon and live.

So, he went looking for love in animal disguise (except for the time he turned himself into a shower of gold, which I hope represented coins... sovereigns, perhaps).

I guess the ancient Greeks didn't have a problem with bestiality. Nowadays, I think we prefer our dragons, bears, wolves, lions, horses, centaurs, elephant seals, very large bats... you name your beast! to shift into manly form in order to make love.

Occasionally, Zeus turned the woman into a cow --Io, if my memory serves-- so he could act the bull. In some cases, after he'd had his fun, he neglected to turn the woman back into herself again. This was for her own protection, the myth writer would say. Now, speaking personally, I don't think I'd want to live out my life as a bovine after a quickie with a shapeshifting god, even if my eternal reward was to have a distant star or planet (or moon) named after me!

We have swans on our lake, and they are fiercely sexy birds, so I can understand the fascination of Leda and the Swan (though I've never figured out why Leda had to lay eggs afterwards, and I've occasionally wondered how big a swan would have to be if it was really a godly hunk in disguise).
Posted by Rowena Cherry at 8:12 AM 2 comments:

A Tiger in a Spaceship

I'm considering it, but all in all, I think it would be impractical. "Alien" was more dramatic. "Snakes On A Plane" was more visceral.
Posted by Rowena Cherry at 7:59 AM No comments:

Men and horses - or Freud says giddy up!

Ever notice how a 12-year-old girl can develop a grand love for her horse?

When I was twelve, I lived on the back of my horse. Out at first light, rode all day, swam together, ate together...we were inseparable. Mum had to come and drag me away at dark. I never made the jump from a young girl handling a 2000-pound animal to puberty hitting. However, Discovery Channel recently had a special showing that as puberty takes over the child and pushes her to be a young woman, it drives her to also seek out horses. Freud wasn't far wrong...mwahahah? A young girl learns through this experience―what does she learn? Well, that she is barely a hundred-pound lass, yet through smarts and misdirection she can control this beast and make it do as she wishes.

Nature pushes her to learn these things, that she―a mere slip of a female―can saddle and bridle these beasts of power (and some might say limited brainpower―though I won't). Horses are not smart. They have very small brains. Only, you should never underestimate them. They are tricksey elveses!! A horse who doesn't want a bit in his mouth quickly learns to gum it, so the rider THINKS they have seated the bit properly. They just spit it out and give you a horselaugh. If they don't want the saddle, they will suck air into their stomachs (they have several, another thing similar to man, methinks). In essence, they puff up like a blowfish. You tighten the girth, step into the stirrup―and POW―they will exhale and deflate. The saddle suddenly spins and will dump you on your arse!

Horses don't like to be approached from the rear where they cannot see. Again, men have similar aversions to someone sneaking up on their blindside. Horses can sleep standing up. Men have this ability, too! Horses adapt to repetition quickly. Again, I think males have this same characteristic.

So as you see, if a young lady can handle one of these monstrous beasties...it will be a snap in handling her man!
Giddy Up Go!
Posted by Deborah Macgillivray at 8:56 AM 2 comments: