When you open a cabinet and boxes of tea fall out, you know it's time. Somepeople clean their office (which I should do, but that's not my point here) and others their kitchen, but this year, I'm going to clear out my tea collection.

It didn't start out to be a tea collection … it was just tea that wehappened to have a lot of. But I realized that we had had some of that tea since we lived in Brooklyn — and we moved to Seattle in 1989. Yes, that'ssome mighty old tea! So if nothing else, if my office continues to look likea sty, if my kitchen … no, actually, I keep the kitchen pretty clean, that's not a problem … I will do this one thing this year for my home. I will drink all of the tea already in my home and actually end up with no tea that's notactually from this century in my cabinet.

Inspired by this idea, I started a little early, guzzling tea during thegreat snowstorms of December 2008, polishing off three types by the end of the year. (It was cold, and the weather was dreary. But you've already heard allabout that.) There were several boxes of tea that hadn't been opened, even, and I know I bought one particular one at a little shop in Bay Ridge, in Brooklyn. There was also a box of "Chinese-style tea," and that's how it was described on the box, complete with quote marks. Not the greatest, but it's gone, it's done, go 'way now. I also have no idea where I picked that up. I can see now that drinking through all this stuff is going to be tea paleontology of sorts.

Currently I'm drinking Twinings green tea. Not bad, but not great -- but I'm picky about my green tea. There's a liver detox tea and then a morning-pick-me-up tea that's next on my list. I'm not really looking forward to something that claims to be a liver detox tea, but hey, that's the point of this"Tea Project." If it's there, it will be drunk. And no, I have no recollection when the liver detox stuff came into the house and snuck into my tea cabinet.

And that's it. None of this is earth-shattering, but I suspect it may inspire a few of you out there to go look at your own tea cabinet. Little by little the tea in my house will all be drunk. And at the end of the year I will reward myself with something amazing, maybe even some Queen Anne tea from Fortnum & Mason, a lovely English breakfast tea. But not until the end of the year!

Eilis Flynn
www.eilisflynn.com
ECHOES OF PASSION, coming in 2009
Posted by EilisFlynn at 8:17 AM No comments:

Not a lot to do with males or animals 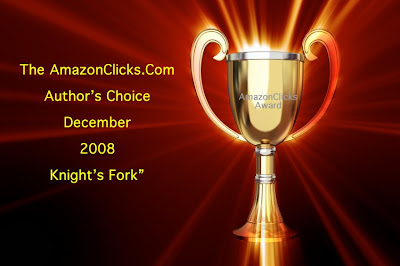 I am absolutely thrilled that Knight's Fork received enough votes to win the award, and I'd like to thank all the authors who voted. 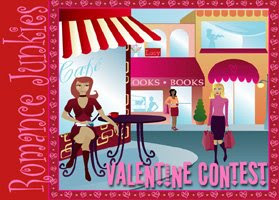 Romance Junkies Valentine's Contetst - in my entry
winner will receive set of my books and this lovely
sterling silver bracelet. 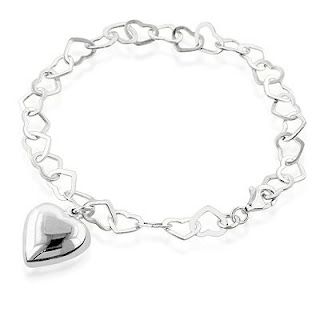 Posted by Deborah Macgillivray at 9:56 AM No comments: