Hybrids aren't just cars that run on more than one fuel source.

The mythological creatures do not appear to follow this convention... and in fact, now I understand the convention, my mind boggles over the Manticore (man-lion-scorpion).


The etymology is delightful. According to wikipedia, hybrid comes from the ancient Greek for "son of outrageous conduct."

I could have called my Tigron world's black sabre-toothed tigers ... pangers, or tigthers, but I think that would have complicated matters.

After the discussion with Josh about what carnivores in fiction should and should not eat, I spent several hours reading the ingredients on dry pet food for research purposes, I do have to wonder under what circumstances a dog in the wild would eat corn on the cob. Or rice!

There are some schools of alternative healing thought that claim some of our painful ailments (such as arthritis) are a consequence of us eating fruits or vegetables that we are not adapted for, or to which some of us are allergic. My mother cured very painful arthritic swelling in her hands by giving up all produce in the tomato families. Other people have a problem with potatoes. (Some have a problem but don't know it.)

In Insufficient Mating Material, the hero and heroine are marooned on an island on an alien world, and they have to test food and deal with the possibility that the heroine might not have a tolerance for some of the fruits and vegetables growing there.
They also notice some strange and apparently inappropriate alien animal behaviour and wonder how those animals evolved.

(For those who like to watch such things, it's quite instructive to see some of the videos that You-Tube in its wisdom has decided should be bundled with Insufficient Mating Material... a lot of animals going about their business!)

What Josh said on Werewolves

Josh's remarks are too cool to be left in "Comments"

When I asked what would happen if a werewolf guzzled chocolate, Josh (author of PET HATES) said...

Werewolves and chocolate? Real (high-cacao) chocolate would certainly excite them as their livers would be intermediate between humans' and dogs' at metabolising theobromine. There's a possibility that they could have fatal seizures. On the other hand if you palmed them off with the inferior so-called chocolate that many Brits seem to love then they might explode with rage.


As for animals with strange, expanding genitalia (of the sort that develops a natural "anchor" to keep the male parts inside the female parts for prolonged coitus).

Interrupted mating? There's a possibility that you'd be severely bitten! The genital tie is very firm.

On one social loop, the conversation has turned to strange sights seen in Spring time, such as astonishingly well hung male tortoises trying to mount small, mewing felines (they were mewing before the pursuit began), but that is not what I mean.

Got you going, though!

And if Josh, author of PET HATES, wants to explain how animals can make such a horrible mistake, I'd love to know more.

Deborah Anne mentioned the monkey in Pirates of the Caribbean. In the first Pirates, there was another pet: the psychic, and strategically incontinent parrot.

I don't think this is the first time a pet bird has been used for comic relief in a romance. (Pun intended)

A couple of years ago, at the Amelia Island concours d'elegance, there was someone with a really well trained parrot. When nature called, it climbed down its owner to the ground, did its business, and then climbed up him again. Which goes to show that a bird doesn't have to be messy.

Fieldfares (I believe) used divebombing as a coordinated method of deterring raptors such as crows. Apparently, there is something in bird poop that is not good for wing-feather condition and functioning, so after the crow has taken a few hits, it leaves before serious damage can be inflicted. I wonder if my local geese are under the impression that my black car is a threat to them! They'd probably like my house to move away, too.

I'd like to conclude with a mention of a bird with a starring role in a love story. Lady Hawk.

Best wishes,
Rowena
Posted by Rowena Cherry at 11:16 AM No comments:

Don't you love the editing process?? 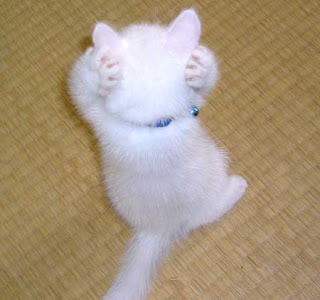 I know Rowena is running into the "do as I say, not as you think" wall.

I am busy editing--though at the moment waiting for some Green-eyed male to fix me breakfast. Handy things to have around once they are housebroken.

Now, if only I could get one editor similarly trained...mwahahaha. 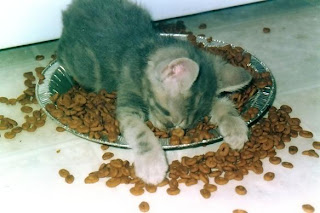