What's in your werewolf poop?

JA Konrath is going to be on my Crazy Tuesday internet radio show at ten a.m. Eastern Time on March 3rd on the strength --and I found it very strong!-- of his werewolf story S.A. which begins with a most unhappy --but healthy-- gentleman crossing a snowy parking lot, carrying a semi-see-through, blue plastic box containing a large stool sample. In fact, it's not a sample. It's the whole enchilada.

He's taking this vigorous specimen to his doctor because there's something unusual about it. There are coins in it. Now, it's nothing like that health insurance advert where the patient has money coming out of the wazoo, as the western oriental ER surgeon explained when making one of those mandatory predetermination phone calls.

The coins are small change. The doctor's advice about unhealthy midnight snacks is... priceless.

After a thorough rectal exam which brings to light many strange things and leads to some unpalatable conclusions in the mind of our hero, he waddles off to search the internet for clues as to whom he's been eating when the moon is full.

Just when I thought I'd read every dragonish permutation of bad people tasting good (or bad), or good people tasting bad (or good), JA Konrath comes up with a fresh twist.

This story is a riot. I laughed out loud three times in the first three pages. Of course, there are certain bathroom words that will make me laugh out loud. One of them is poop.

The would-be sci-fi writer in me appreciated the elegance of JA Konrath's solution as regards mass. The hero has a mind-boggling telephone conversation with a were-squirrel... who collects nuts... and he asks both questions that spring to mind, much to this reader's delight.

I'm not going to tell you what "S.A." means, because I enjoyed guessing for as long as the mystery lasted. 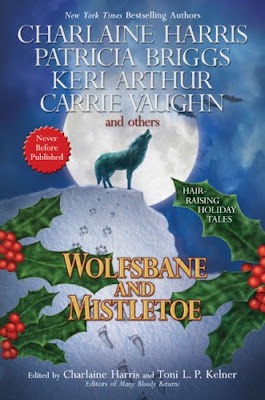 "S.A." can be found in the anthology "Wolfsbane and Mistletoe"


However, I came not to praise J A Konrath, but to talk about craft. Poop struck me as a brilliant place to start, when one is creating a convincing introduction to a bewildered werewolf's world. Done right, starting with the scat is an excellent short cut to world-building.

I'm not a gentle reader. I don't suspend disbelief easily. I'm not programmed to trust my author, no matter how outrageously funny he is. Not at first, anyway.

I can give a turd the benefit of the doubt for several reasons. For a start, the narrator is embarrassed about it. That's believable. He's also frightened. He's not Mike Rowe (of Dirty Jobs), so he's probably not inclined to put it through a sieve. A few details suffice.

If there are bits of teeth, chips of bone, coins, buttons, a crucifix, a clump of dead man's beard... I get the picture. I don't worry about the force of a werewolf's bite, or his stomach capacity, or the inhuman speed of his digestive processes whereby the indigestible evidence of his midnight feast ends up in his morning toilet bowl.

There are a lot of ways you could go with an opening premise such as J A Konrath's. Much would depend on your editor, your length, your genre. If the requirements are heart pounding, action packed, humorous, romantic Horror, for instance, there is a limit to how many Tom Clancy-like factual briefings can be included in a 50 page submission.

I love war room briefings as a plot device!

The werewolf hero's search of the Internet was absolutely convincing to me. As I read (and this might not be such a good thing) I visualized Joe (J is for Joe) googling as if he were his own werewolf. That's the sort of thing I do.


JA Konrath and his new Horror-writing persona, Jack Kilborn, aren't my only guests this coming Tuesday. I shall also be joined by Lori Soard who has at least seven books in four genres in print, and several more books that are out of print. Also, visiting will be Michelle Pillow, who writes in almost every genre under the Paranormal umbrella.
Posted by Rowena Cherry at 10:37 AM No comments: 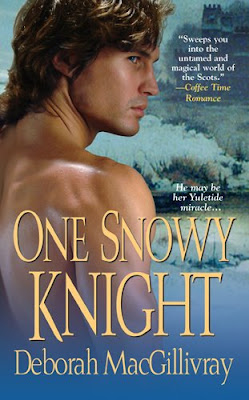 Since this blog is Males and other animals, I figure I would show off my newest "male"  This is my Sept 21, 2009 release of One Snowy Knight, 3rd in the Dragons of Challon series.
The guy on the cover is so much like my hero it's rather spooky!
Posted by Deborah Macgillivray at 10:27 AM No comments: